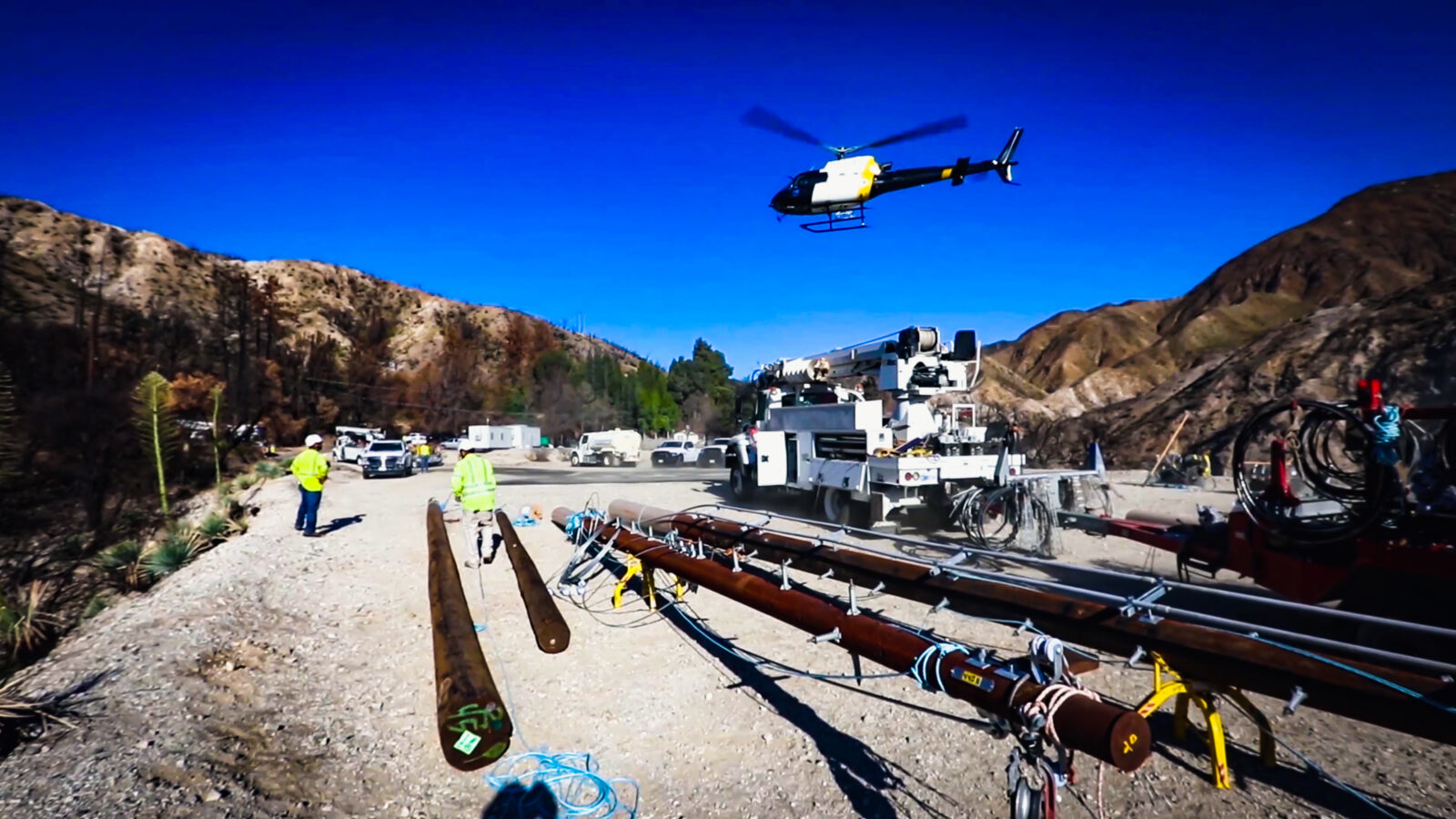 Wildfires are an ongoing threat to communities, especially in the western U.S. during prolonged periods of drought. Last year alone, 58,733 wildfires burned a total of 7,139,713 acres, according to National Interagency Fire Center data.

One of those fires hit very close to home for Colorado-based Sturgeon Electric.

On Dec. 30, 2021, sustained high winds and gusts upwards of 100 miles per hour rapidly propelled the Marshall and Middle Fork fires through densely populated suburbs southeast of Boulder. It reduced entire neighborhoods to piles of ash and twisted metal and destroyed more homes than any other wildfire in Colorado history.

In the aftermath of such devastation, electrical crews must wreck out damaged lines and replace equipment before power can be restored to affected residents and businesses. As electrical construction firms, MYR Group subsidiaries Sturgeon Electric and Sturgeon Electric California regularly perform this kind of emergency restoration work.

Sturgeon Electric’s Colorado gas and electric crews immediately started restoration work following the Marshall Fire. Some cleared burned trees in the area until it was safe to begin gas and electric distribution restoration work. With the smell of the fire still in the air, more than 200 workers put in roughly 16 hours a day, through snow and single-digit temperatures to restore services.

“This area is unique in that we have abandoned mines … we have, obviously, fire damage. We have damaged trees that are falling down in high winds,” Foreman Cole Wakefield said as his crew replaced poles in one Superior, Colo. neighborhood. He added that the mental anguish of watching people return to find their homes destroyed was an added weight on all the crew members.

Because of the severe destruction to many properties, gas line restoration work first required finding buried risers, meters, and locating the shut off valves at each property.

“I have to give it to our crew members. We left no one without gas. If we could turn them back on, we did,” Foreman Trenton Greene recalled. “A 90-year-old lady was standing outside with her 2-year-old granddaughter at 11 p.m. just asking for the heat to be turned on – so that’s what our [crews] did. It was all about helping those who have lost or were in need.”

While the Marshall Fire restoration to distribution lines began in the immediate aftermath of the fires, some work comes later.

Sturgeon Electric California rebuilt distribution lines after the 2020 Bobcat Fire swept through the Angeles National Forest and damaged lines that connect the Cogswell Dam to the Los Angeles area.

Crews had to fly all the materials in with helicopters due to the challenging terrain. The vertical nature of the project was just one potential hazard, in addition to bears, bobcats, mountain lions and rattlesnakes that roam this land. The crews were careful to protect the environment and sensitive species and plants in the work area.

With growing concerns over drought and wildfires many utilities are initiating electrical infrastructure hardening projects designed to reduce the risk of wildfires. Both Sturgeon Electric and Sturgeon California are doing extensive wildfire hardening for their customers.

In Colorado, Sturgeon is involved with a multi-year project which has included replacing more than 7,600 poles since September 2019. Roughly 2,500 more pole replacements are planned for 2022. They have also begun replacing more than 60 miles of conductor with tree wire.

“It’s quite the project … we’ve got helicopters helping us with the locations. These are off-grid, off-truck accessible locations if that makes sense, so we use a helicopter to speed up the process,” General Foreman Kevin Brown said of some of that hardening work that was done in Ward, Colo. in late 2021.

Over the past decade, the impact of wildfires has been significant. Whether our customers need emergency restoration due to wildfires, rebuild or mitigation and hardening support, Sturgeon Electric and MYR Group stand ready for the task.