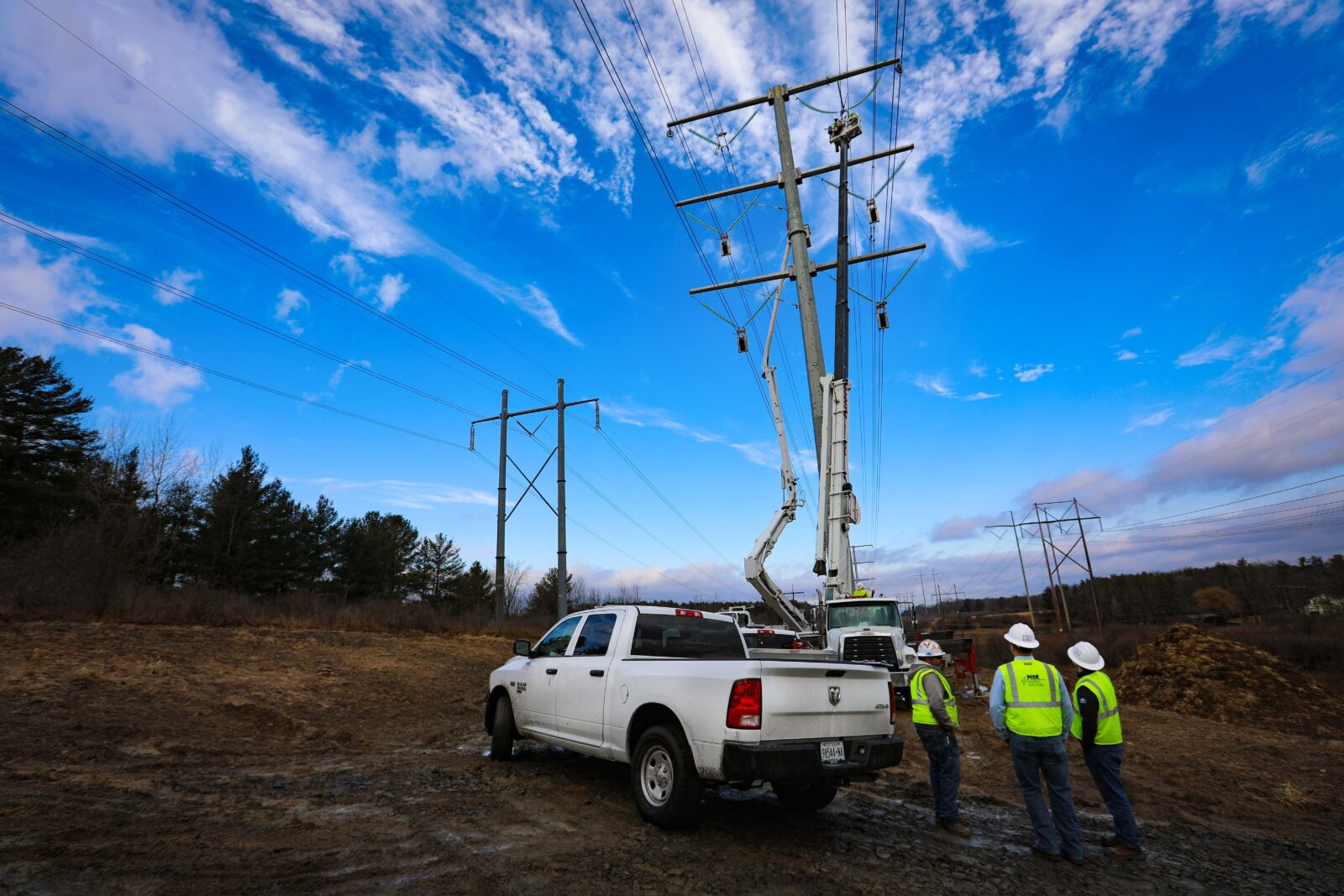 MYRE is upgrading electrical transmission infrastructure, which in many cases is 50 to 60 years old. The work includes removing more than 1,000 wooden transmission structures, installing steel structures, and increasing voltages from 230kV to 345kV which will expand powerline capacity more than fourfold. Existing substations will be upgraded or expanded. Two new substations will also be constructed.

The nearly 100-mile project is large in scale and scope and illustrates the broader need for nationwide transmission upgrades and expansions to deploy more renewables and meet emissions reduction goals. MYRE is playing a critical role by helping make these necessary upgrades.

Casey Carroll, an LS Power vice president, explained why such an expansion is “essential” for a greener energy future.

“There’s a lot of demands that get put on the electric system as a whole. Being able to move power efficiently and reliably from points of generation to points of usage is critical to carrying out those [clean energy] goals,” Carroll explained. “As we add more renewables to the system, being able to move that energy from where it’s being generated to population centers that is really important … and that looks a lot different from our historic electrical grid.”

The importance of interconnecting large transmission to renewables generation is part of what excites Ramiro Brigueda about his role as an MYRE project engineer.

“[When] everybody thinks about renewables, they think about the wind farms, the solar farms. But for all the power to get to the customer we need transmission lines and everybody forgets about that,” Brigueda said. “We are connecting those renewable sources to the customer.”

The CEEC project is very important for the state’s clean energy ambitions. New York State adopted a Clean Energy Standard that calls for 70 percent of New York’s electricity to come from renewable sources by 2030.

Carroll explained that the Central East corridor through the Mohawk Valley has long been one of the most congested portions of New York’s electric grid. He said the upgrades will “allow for future growth” while making use of the existing right of way.

Gil C. Quiniones, NYPA’s president and CEO at the time, agreed, telling T&D World in June 2021, “The Central East Energy Connect transmission line upgrades will help ensure the resilience of New York’s energy transmission system and facilitate our state’s transition to cleaner energy.” In addition to expanding access to clean energy, Carroll said the CEEC project will benefit communities in other ways including creating jobs for local craft workers and reducing the project’s footprint for adjacent landowners because many wooden structures are being replaced with fewer, steel monopoles.

In the United States, the Biden administration has set significant carbon reduction targets for 2030 and set an economy-wide net zero emissions target for 2050. Studies from experts at MIT, University of California, Princeton and government researchers continue to draw the same conclusion – that major transmission expansions are needed to reach such goals.

“The current power grid took 150 years to build. Now, to get to net-zero emissions by 2050, we have to build that amount of transmission again in the next 15 years and then build that much more again in the 15 years after that. It’s a huge amount of change,” said Jesse Jenkins, one of the three project leads. Jenkins is an assistant professor of mechanical and aerospace engineering at the Andlinger Center for Energy and the Environment.

They are not alone in their projections. According to Johannes Pfeifenberger of The Brattle Group, there have been between a dozen and two dozen studies in the past decade “showing that if a higher share of renewable generation is the objective, then a more robust regional and interregional transmission grid is the most cost-effective solution.”

Large Projects Team Is Designed for Projects like This

MYRE’s large projects group is designed for mobility and large-scale work – with seasoned supervisors and highly-skilled crews, they are equipped to construct projects of almost any magnitude, anywhere in the country.

Typically, this consists of transmission and substation work with voltages of 345kV and up, or high contract value projects.

Harnessing the resources of parent company, MYR Group, MYRE collaborates with other MYR Group subsidiaries who work in that specific region and leverages the strong relationships it has with subcontractors to deliver for its customers. For the CEEC project, MYRE is providing project management, construction management, material procurement, and construction services including right‐of‐way clearing, environmental controls, foundation installation, structure assembly and erection and conductor stringing. MYR Group subsidiary, L.E. Myers, is performing line construction for the project.